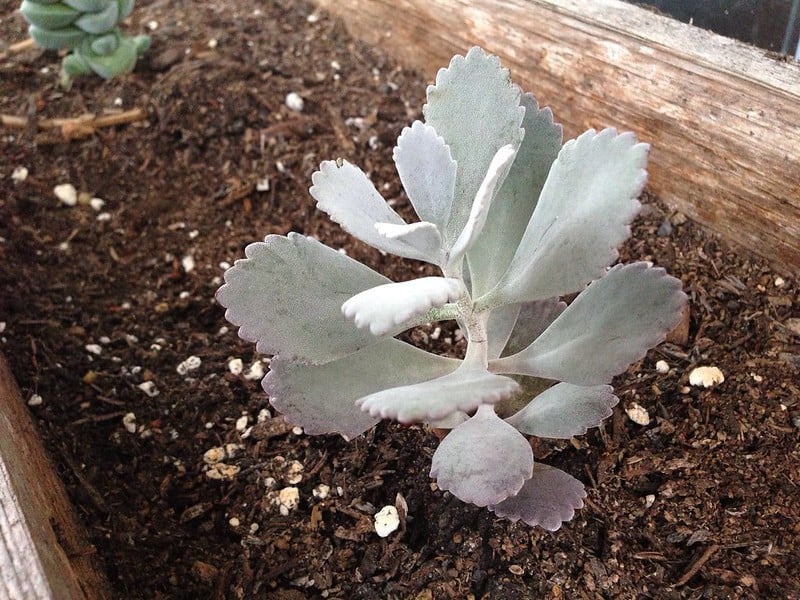 The Kalanchoe pumila “Flower Dust Plant”, is a suffructic species, belongs to the family of Kalanchoes originating in Madagascar, its cultivation is very easy since it does not require much care.

Its flowers have a beautiful color and its hanging shape allows it to be placed inside the home or office.

The Kalanchoe pumila, also known as Kalanchoe silvery, is a nice plant native to South Africa Madagascar, belongs to the Plantae kingdom, to the family of the Crassulácea of ​​the order Saxifragales is very commercialized for its grayish leaves and pink flowers, there are many types of this plant , there are several authors who say that they can be up to 125 species.

All of them have in common their place of beginning, because of their easy cultivation, they were moved to different parts of the world since they have easily adapted to the sun and high temperatures depending on their variety.

In the case of the species that corresponds to us at this time the Pumila, that its translation into Spanish means Dwarf; It is a suffruticosa plant that means shrub and hanging species.

Characteristics of the Kalanchoe Pumila

It adapts to space easily.

It is an ornamental plant.

It has to be grown indoors and outdoors will depend on high temperatures.

It has healing properties.

It is covered by a fragile layer of wax on its leaves.

It blooms mainly at the beginning of spring and at the end of winter.

It can be suspended crops, because when growing its leaves and flowers take the hanging position.

It grows between twenty (20cms) high and forty-five (45) centimeters wide.

Its leaves are succulent.

At certain times of the year, the leaves at the edges take on a purple color.

According to traditional natural medicine and several investigations of experts such as the biologist from Malaga Casimiro Cárdenas, the Doctor of Science Iván Arias; All Kalanchoe plants are attributed healing properties; Since it is rich in fatty acids, its pigmentation contains flavonoids, which is why it favors the following pathologies:

For the care of women in a state of gravity, they should consult with their doctor before consuming this plant, it should not be consumed for a long time, if so it should be under specialized supervision and it is harmful to dogs and cats.

This majestic plant can be consumed and can also be applied:

Externally, you perform poultice or extract the juice from the leaves and massage the affected part of the human body.

Internally, if we want to take it, an infusion can be made by letting the water boil for about five minutes, then the leaves are added, it is covered and allowed to rest for a few minutes and then consume it.

Likewise, its leaves can be added in salads to be consumed and can also be added in juice.

The way to use this plant will depend on the health problem and also the taste of the person. As you can see it is a plant that everyone should have at home.

Kalanchoe humilis is a very easy plant to maintain in the garden. Next, its basic cultivation requirements:

It is essential to provide a lot of lighting to avoid the etiolation of the stems.

The leaf spots are accentuated even more under conditions of intense lighting. It is recommended to expose to the sun in the early hours of the morning and late in the afternoon.

It grows much better under the influence of high temperatures.

The optimum temperature range for the species is between 20ºC-29ºC. It does not tolerate temperatures below 0ºC for long periods.

It requires a substrate slightly rich in organic matter and with optimal drainage.

Commercial substrates for crass and cacti can be used without problems with an extra aggregate of coarse sand.

Remember the previous disinfection of the substrate in order to avoid the proliferation of pathogens that are in it.

Irrigate preferably after drying the surface of the substrate during hot seasons.

Attacked mainly by mealybugs and mollusks.

The mealybugs cause the fall of the leaves, wilting of the flowers and allow the proliferation of pathogenic fungi.

Mollusks devour sections of leaves and stems in a short time.

It is multiplied by cuttings of stems or from leaves.