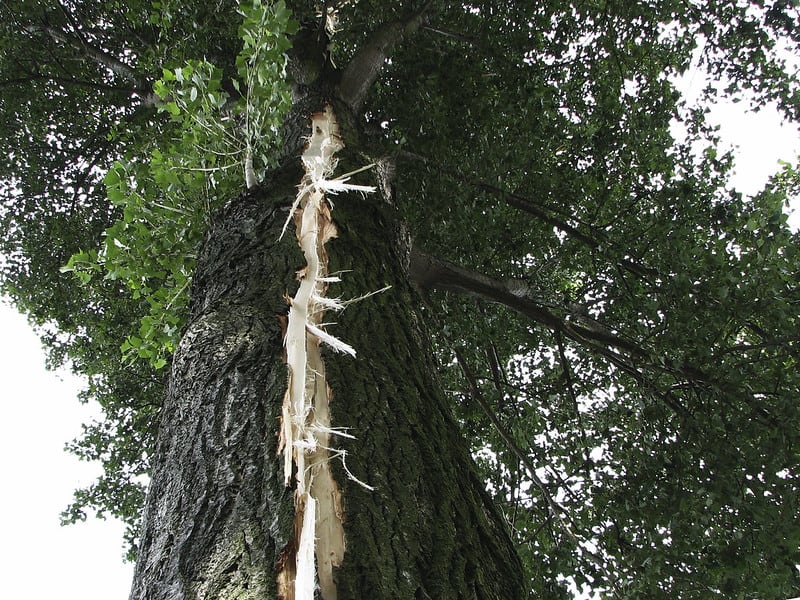 What does a tree struck by lightning look like?

As you can imagine, a tree after being struck by lightning is left with a scar, which shows the lightning strike. In addition, the tree may have burned areas and part of the tree may even break.

Lightning is a massive electromagnetic discharge, generated by an imbalance in the electrical charge in the atmosphere.

It originates from thunderstorms and shoots inside clouds, from one cloud to another or from a cloud to the Earth’s surface.

Each ray has almost 3 km. long but barely 1 cm wide. A lightning strike has between 1 and 10 billion Joules of energy, producing between 30,000 and 50,000 amps of electricity.

Well, it is not something strange, the trees act as a lightning rod. This happens for the simple reason that electricity always seeks the freest path, the one that offers the least resistance when discharging from the clouds to the ground.

Trees have a complex internal structure, a huge series of tiny millions of conduits. These transport different substances that are extremely important for the tree, such as sap, water, and mineral salts.

All these elements give a particular humidity to the trees while making them excellent conductors for electric lightning discharges.

The tree, in the path of lightning discharge, becomes a much better conductor than air itself, making it easier to complete the circuit from clouds to the earth. Species such as oaks, elms, pines, firs, poplars, maples, and ash, are much more likely to receive the death blow, these large and tall trees carry large amounts of water inside, especially during the summer.

Is it safe to stay under a tree during a thunderstorm?

No. Staying under a tree is the second leading cause of lightning-related deaths since lightning strikes are natural lightning rods.

What’s the chance of getting hit by lightning

Which trees are more likely to be struck by lightning?

This is because high resin and high starch trees are excellent conductors of electricity.

How susceptible are trees to being struck by lightning?

Trees are usually the tallest object in the landscape and their deep roots make them the lightning rods of nature, capable of easily passing the electrical current from the air to the ground.

The location of a tree and the surrounding environmental conditions can also influence trees’ susceptibility to lightning. The tallest tree in a group; a few near lakes, ponds or streams; and lonely trees appear to be more likely to be struck by lightning.

What are the main injuries if you are struck by lightning?

Although many times we think that most people who are hit by storms die, it really is not. Only 10% die, largely, from a heart attack.

Most injuries are burns, trauma, neurological problems, and muscle, skin, or eye injuries.

What to do in case of an electrical storm? –

The first thing to keep in mind in case there is a storm is where you are. In the case of being in an urban area, it is most likely that the lightning rods of the buildings prevent a lightning strike from reaching the ground directly. However, some of the safety measures in a thunderstorm that can be considered will consist of:

– Close entryways and windows and avoid them.

– Do not light a fire in the event that you have a chimney.

– Keep away from metal items, for example, power channels or funnels.

– Disconnect electrical appliances that are not so much vital.

On the contrary, in the event that we encounter a storm in the middle of the field or a rural area, it is important that we do not carry metal objects.

It is also important not to run, especially if we have a wet body. The electronic devices that we carry should be turned off, avoiding places near a flow or torrent of water.

Avoid very open or clear areas, since the highest point on the ground, would be our own body, and of course avoid taking shelter under trees, especially when it comes to solitary trees.

How many people die from lightning each year in the US?

About 10% of individuals struck by lightning kick the bucket. In the previous decade (2003-2012), lightning strikes have caused a normal of 35 passings for every year.

Can cell phones or cordless phones be used safely during an electrical storm?

Yes. Cell phones and cordless phones can be used safely during a lightning storm as long as they are not connected to a charger that is plugged in. Do not use corded phones.

Is it safe to bathe or shower during a thunderstorm?

No. The lightning electricity is conducted through the pipes. It is best to avoid water of all kinds during a thunderstorm. Do not shower, bathe, wash dishes, or wash your hands.

Can lightning strike the same place more than once?

How do lightning cause injury?

Lightning can cause injury in various ways.

Contact injuries: This occurs when lightning strikes an object, such as a car or a metal pole, that the victim is touching.

Side discharge: This occurs when lightning strikes or bounces off an object, such as a tree or a person, from the victim.

Ground currents: This occurs when lightning strikes the ground near a victim and the current is transferred from the impact site to the victim through the ground.

Serpentine: When the air is charged with electricity during a thunderstorm, streamers or bursts of energy can jump upward from objects near the ground. Sometimes these bursts travel upward through people and injure their victims.

What is considered a safe haven when there is an electrical storm?

A safe haven is a completely closed vehicle or shelter with four walls and a roof. Some examples of safe havens are houses, offices, shopping malls, and hard-roof (not canvas) vehicles with windows up.

Open vehicles (such as convertibles, golf carts, and motorcycles) and open structures (such as porches and gazebos, or baseball huts and sports fields) are NOT safe places during a thunderstorm.

What does a tree struck by lightning look like? 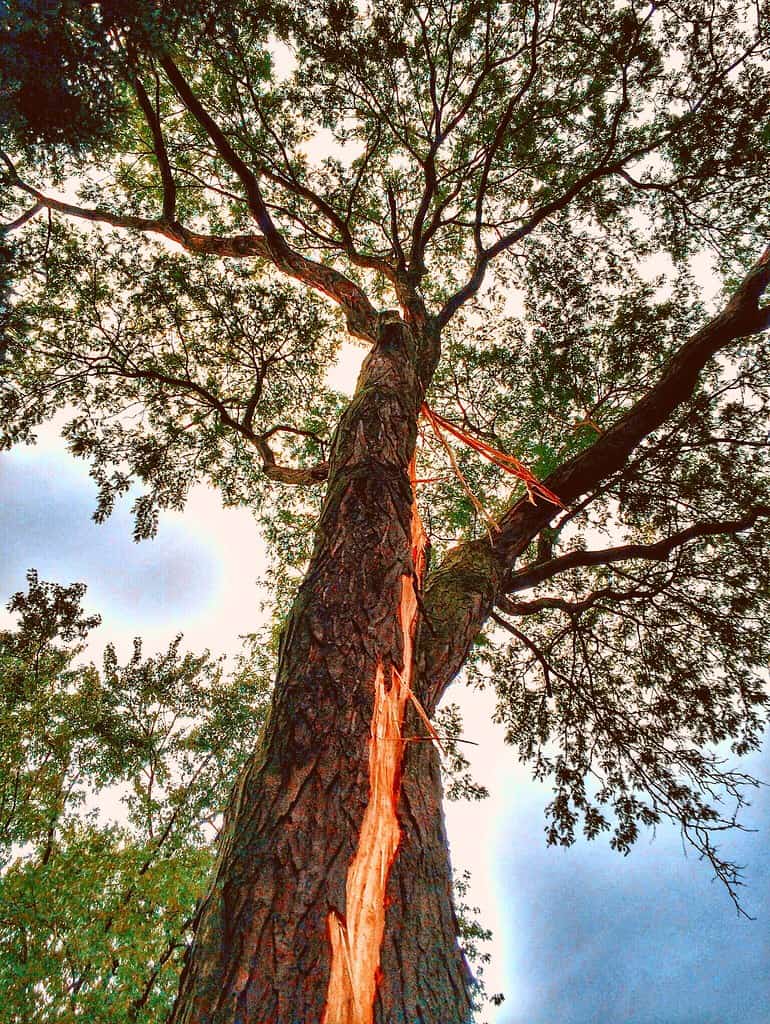 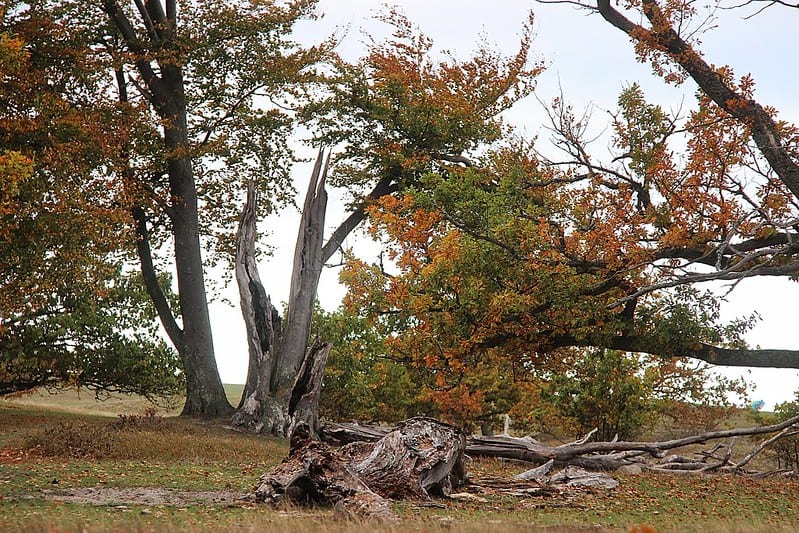 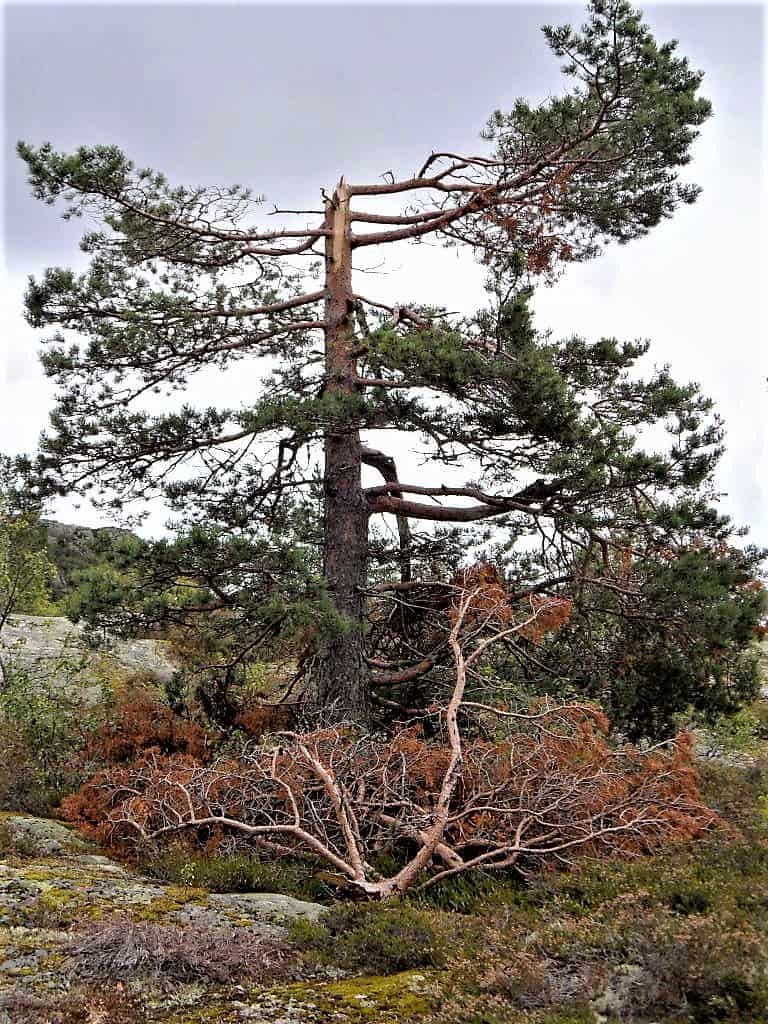 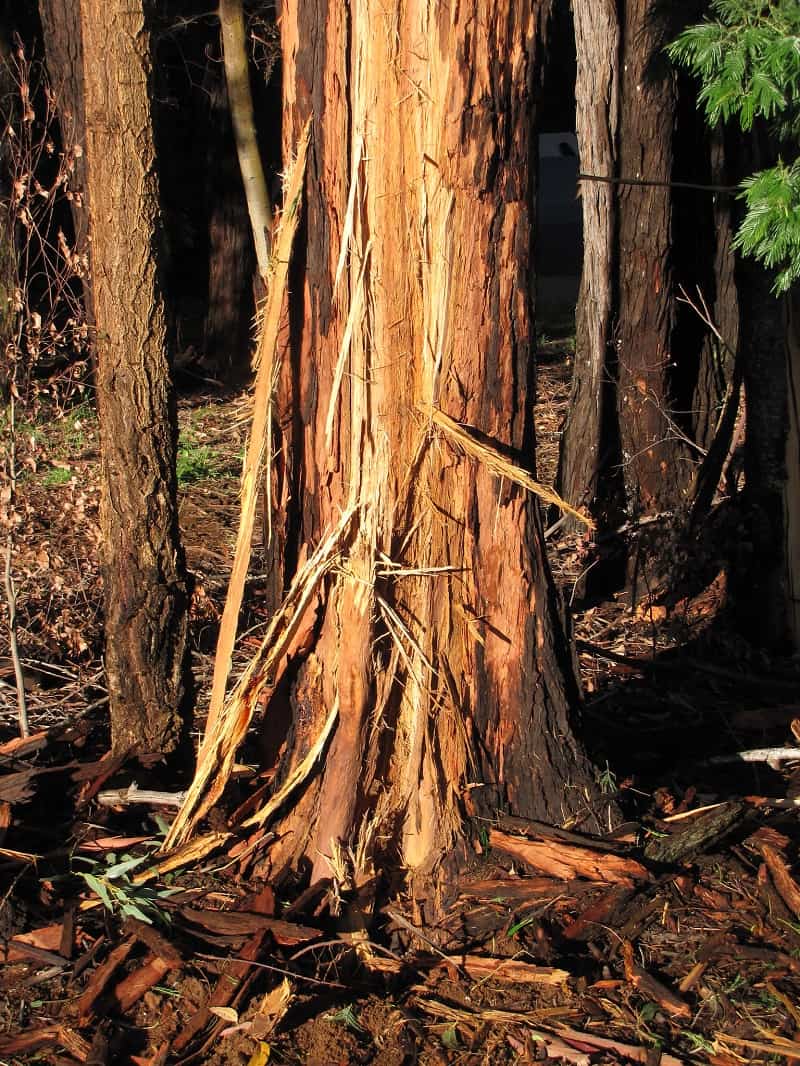