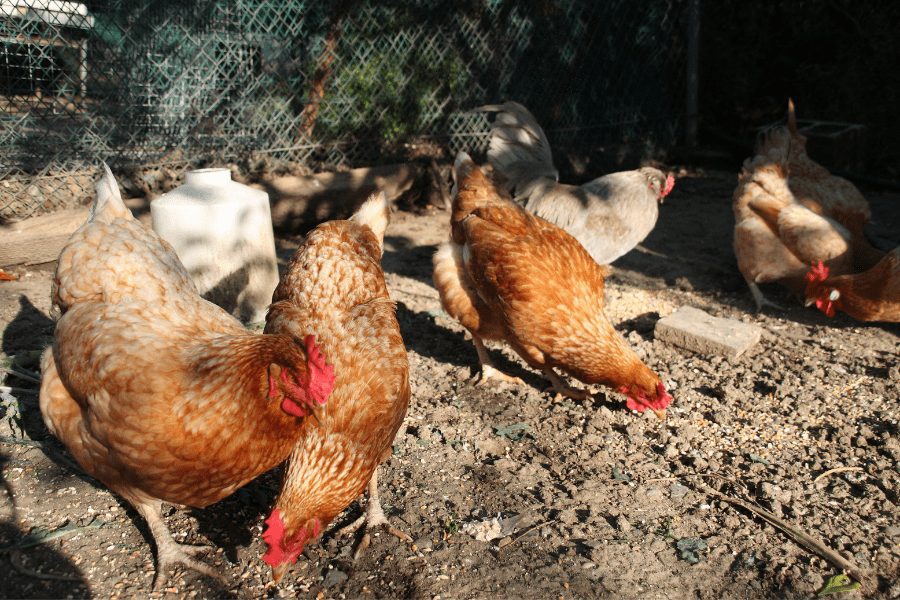 I have to say when it comes to my favorite animals; the chickens are in my top ten. These animals are smart, friendly and they provide for their owners. But in exchange, they demand food and lots of it. But luckily for you and me, chickens can eat pretty much anything, although there are certain foods we must avoid.

That is why if you’re not sure if your chicken can or cannot eat something, the best thing to do is to double-check like you are doing right now. I salute you for this. Now let’s get into your question.

Alfalfa (Medicago sativa) is a legume native to Persia. That has been used for hundreds of years to feed animals.

Currently, it is also used as a cover crop and for human consumption in the form of juices, water, or sprouts.

Alfalfa has several vitamins and minerals, including vitamins A, B, C, E, and K, and minerals like calcium, potassium, phosphorus, zinc, and iron.

So if you have a backyard and plenty of chickens, it will be a good Ideas to start growing alfalfa. It’s always good to have it around as an additional food source for chickens.

Although I’m sure that challenges will be to restrict the chickens from eating the sprout, they’re not very patient. But if you manage to grow these ancient plants, you will certainly have happy chickens.

Also, if you have cattle, horses, or rabbits, you will have a big advantage in growing alfalfa since these animals eat it too.

So you may see some hunger games for that alfalfa. Chickens really love it.

For some reason, many chickens don’t like to eat hay or straw, maybe is because it’s dry or they simply don’t like it.

But I do notice when it comes to alfalfa hay; they do make an exception.

I will usually see them picking the alfalfa bale. They don’t even wait for me to give it to them.

You can even see the chickens that aren’t eating alfalfa around the bale, trying to figure out if they should eat it like their friends are.

I guest alfalfa does drive their attention.

Sometimes chickens will eat alfalfa hay wet others don’t like it; you have to give it a try with your chickens, but it seems some of them prefer the water in the hay to having it dry.

That will probably be one of your main issues if you’re trying to grow alfalfa in your backyard. Chickens will not give them the chance to grow; they will definitely eat it.

But you can’t blame them is in their nature; in the wild, chickens are always picking on green vegetables, weeds, and different types of plants or flowers.

You just have to take the measurements and keep your chickens far from the sprouts. Unless you intentionally want them to eat it.

You will see some chickens eating it, and others won’t sometimes; pellets could be too dry for them. But if you notice that your chickens like it, they can definitely eat it.

And for the chickens the don’t like it try sucking the pellets in water to see if they change their mind. Some chickens will prefer alfalfa pellets after its been soak in water.

Yes, chickens can eat alfalfa cube; you will see them picking on the cubes with happiness, but I do suggest, to make things easier for them to break it down into small pieces.

And like I previously mention, see if they like it after been soak in water or milk.

In general, chickens will eat all types of greens as long as they like it; if you have some types of seed or sprouts, mix it with the chicken’s feed, and they will surely eat it.

As you probably know, alfalfa can be grown with regular grass as a mixture. This is quite common throughout the United States.

There are many reasons for this type of mixed growth, which I can’t go into in this article but to answer your question.

Alfalfa can be a high nutritional plant for chickens. But it works best as an add-on to their diet providing fiber vitamins C, iron, magnesium, calcium, phosphorus, and chlorophyll, making all the green digestible, so yes, chickens can eat alfalfa.

But as with every animal Its recommended to have a balanced diet and provide large amounts of water when your chickens are eating this plant and other food.