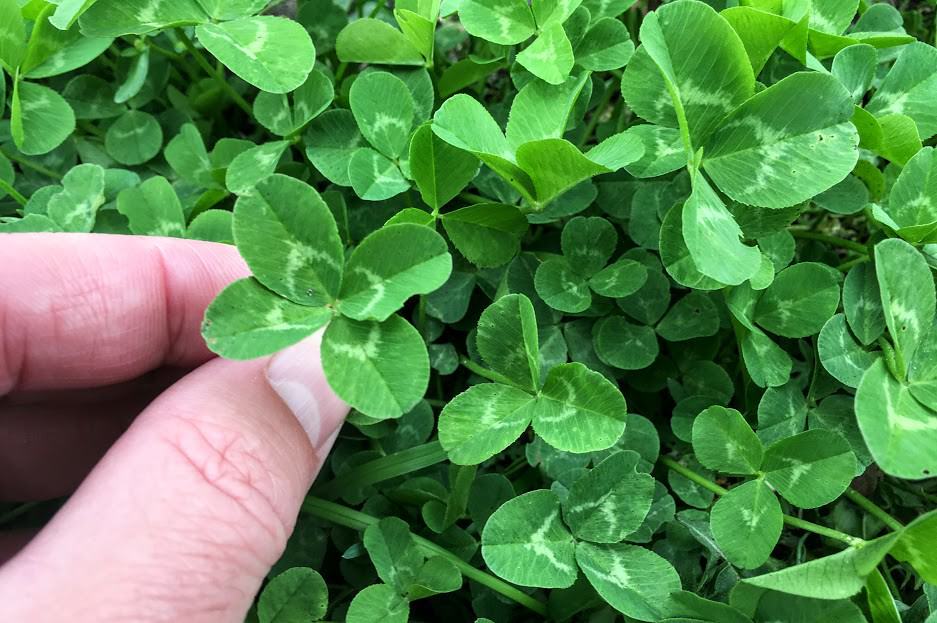 What are the chances of finding a four-leaf clover?

The famous four-leaf clover is a genetic variation of white clover, a species whose scientific name is Trifolium repens because it has three leaflets, which we commonly refer to as “leaves.”

All clover shoots technically have a single leaf, so what usually happens is that this one divides into three, four, five or more parts.

Its rarity is known to be due to a recessive gene that manifests at the rate of one in 10,000 outbreaks.

What are the chances of finding a four-leaf clover?

If we consider that approximately 200 clovers fit in a space of 60 cm², to find a four-leaf clover you would only have to review space of 1.2 square meters.

That’s about the size of a desk table; anyone could find one without losing patience.

So the odds of finding one are not so low.

A curious note is that in 2009, a Japanese found a clover of 56 leaflets, which still holds the Guinness record.

Everyone knows four-leaf clovers, but few know what the real name of this plant is.

The real name of this plant is; Trifolium repens or White Clover.

White clover, whose scientific name is Trifolium repens, is a perennial herb native to Europe, North Africa, and West Asia.

It has been naturalized in North America.

It has a creeping bearing, and reaches a height of 10 centimeters. Its habit is stoloniferous, which means that it develops lateral shoots that are born at the base and grow horizontally.

Its leaves are petiolate and trifoliate.

The leaflets are oval, with a white spot. The flowers are grouped into inflorescences called glomeruli 1.5 to 2 cm wide, containing 50 to 100 white or pinkish-white flowers.

The fruits contain 3 to 4 small heart-shaped seeds, yellow or reddish-brown.

In poorly groomed lawns it can take over other surfaces covering the entire surface of the soil.

Another characteristic of white clover is that it is sensitive to hormonal herbicides, which cannot be used to control weeds.

It also has the advantage of keeping a beautiful green color throughout the year.

Although it supports frosts of up to -3ºC, the ideal is that it does not drop below 7ºC since it usually suffers damage.

It must receive water on a regular basis, it does not resist drought.

For this reason, it thrives best in those places where it tends to rain frequently throughout the year.

It tolerates cuts , although it does not need to be frequent, it will only be necessary to cut them once every so often.

Due to the low need for fertilization, it is appropriate to be sown in poor soils.

In poorly groomed lawns it can take over other surfaces covering the entire surface of the soil.

Another characteristic of white clover is that it is sensitive to hormonal herbicides, which cannot be used to control weeds.

What uses does it have?

It is one of the main foods of ruminant animals (cattle, sheep, goats, giraffes, deer).

Of course, they are not given as the only food, but rather mixed with grasses to prevent bloating caused by the production and accumulation of an excessive amount of gases in the intestines.

If the leaves are cooked for 5 to 10 minutes, they can be added to salads, for example, or soups.

Also, dried flowers and seeds are very nutritious flour that can be mixed with other foods.

It is a very curious and decorative plant. It is often mixed with other grass . It can be kept in a pot for its entire life it does not exceed 10cm, it will surely adapt wonderfully well.

How to plant white clover:

1. Once the seeds have been purchased, it is not advisable to plant them directly by hand on the garden soil, since there is a risk that the grass will grow unevenly.

Rather, it is much better to pre-mix them in a separate container (a wheelbarrow will do just fine for these purposes) with garden soil, at a ratio of about four or five seeds per 2.5 square centimeters of soil.

2. Next, the substrate must be spread evenly on the garden soil, taking care that the seeds are distributed evenly throughout the entire surface to be planted.

3. The third step is to cover the substrate with a layer of soil one centimeter thick at most, a thicker layer could cause the clover roots to break.

4. It is advisable to water abundantly every day for at least the first week so that the soil is kept moist at all time and does not dry out.

If these steps are followed on time, the first sprouts of white clover will not take long to appear, let’s say they will appear in two or three weeks at most.

From this moment on, watering can be reduced to three times a week, and once the clover has reached maturity, watering once a week will be fine.

In any case, no type of nitrogen fertilizer is required for fertilization, since white clover is itself a nitrogen fixer.

Regarding the type of soil most suitable for planting white clover, it must be said that it can grow in all kinds of areas, even the poorest and most acidic ones, although the ideal would be those lands that enjoy good levels of potassium and match.

Finally, it is worth taking into account the following warnings regarding white clover:

1. Its flowers tend to attract bees, which could be a problem if members of the family are allergic to their stings.

2. White clover is not very resistant to footprints, so it is advisable to install some kind of path in the garden to avoid stepping on it.

3. It is a short-lived plant, so it does not usually reproduce beyond two or three years. Then it will have to be replanted.