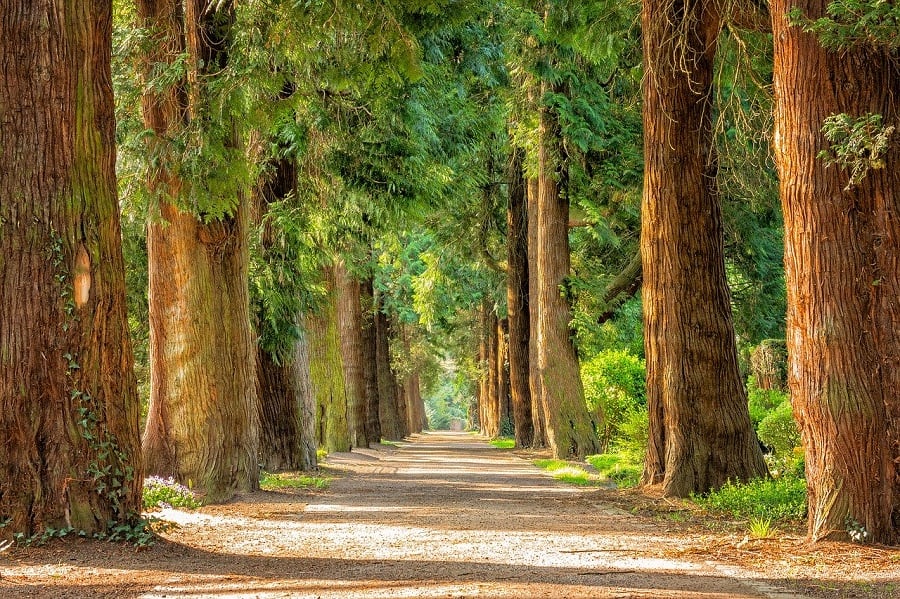 What are the three things needed for photosynthesis?

Photosynthesis is the biochemical process by which plants convert inorganic matter into organic matter, taking advantage of energy from sunlight.

This is the main nutrition process not only of plants but also of other autotrophic organisms endowed with chlorophyll,

It is one of the most important biochemical mechanisms on the planet since it involves the manufacture of organic nutrients that store the light energy of the Sun in different useful molecules (carbohydrates).

So its name comes from the Greek voices photo, “light”, and synthesis, “composition”.

We use these cards that help us visualize and learn the process of photosynthesis. These are definitely worth checking out!

How Does Photosynthesis Work?

To achieve this, plants use organs found in plant cells, called chloroplasts, which contain a pigment known as chlorophyll, it provides plants their characteristic green color.

It also helps them capture light energy to transform it into chemical energy.

The pigment called chlorophyll is green in color. This generally causes the leaves of the plants to be this color.

What are the three things needed for photosynthesis?

Without light, plants cannot photosynthesize, even if there is enough water and carbon dioxide in the environment.

Carbon dioxide is a necessary reagent for the process to occur.

Chlorophyll is essential to absorb the light energy that is required to convert carbon dioxide and water into glucose.

Plants in poor lighting conditions synthesize more chlorophyll to absorb the amount of light they require.

Some plant diseases can affect the amount of chlorophyll, and therefore its ability to photosynthesize.

During photosynthesis, the plant breaks down the water molecules absorbed from the earth, dividing them into hydrogen and oxygen.

As a result of this reaction, oxygen is released into the environment, while hydrogen is used in other processes.

During photosynthesis, carbon dioxide combines with released hydrogen, and together they form glucose.

The chemical reactions that combine carbon dioxide and water to produce glucose are controlled by enzymes, which brings us to the fifth determining factor.

All enzyme controlled reactions are affected by temperature.

At low temperatures, the rate of photosynthesis is limited by the number of molecular collisions between enzymes and substrates.

At high temperatures, enzymes are denatured, which means that their structure and functions are altered.

This is achieved thanks to the intervention of certain minerals and nutrients necessary for the healthy growth of plants.

Other elements such as manganese, copper, and chloride are also necessary in photosynthesis.

Likewise, some other trace elements are necessary for various non-photosynthetic functions in plants.

How does photosynthesis start?

Light is made up of photons. Chloroplasts capture photons thanks to the chlorophyll they contain.

At the same time, the plant is fed through the roots. They absorb water and minerals that travel down the stem.

The light absorbed by the chloroplasts helps the plant to easily divide the molecules in the water.

From this division, hydrogen is used to form glucose, which will transform into other organic compounds such as sucrose, starch, lipids, proteins, and cellulose.

Oxygen is discarded and is what we end up breathing.

In addition, during the process, a fundamental molecule is synthesized for living organisms: ATP or Adenosine Triphosphate, which is the main source of energy for living beings.

Thanks to photosynthesis, humans get most of the oxygen we need to breathe. We, in turn, exhale carbon dioxide that plants need.

In addition, people needs all kinds of plants for food.

You may like: What Are the Chances of Finding a Four-Leaf Clover?

As we have explained, if plants primarily need sunlight to photosynthesize, how can indoor plants do this?

This is because these types of plants do not need direct sunlight.

It is enough that they receive a few hours of daylight (through a window, for example) to be able to correctly carry out this process.

In fact, many of them benefit from not being exposed to direct sunlight, especially in the hottest months.

What is photosynthesis for?

As we have already seen, photosynthesis serves, in principle, for plants to feed themselves, synthesizing organic matter from light energy.

Thanks to this process, plants provide oxygen and renew the air, eliminating carbon dioxide or CO2.

2.Carbon fixation reactions or reactions in the dark.

They require or not the presence of sunlight, and they are reactions that will occur in the stomata.

They take inorganic compounds and O2 from the environment and combine them inside their cells and as a result of these reactions energy is released (exergonic reactions) applying it in the synthesis of ATP (endergonic reactions), forming inorganic by-products.

Photosynthesis is surely the most important biochemical process in the biosphere for several reasons:

1. Every year some 200,000 million tons of carbon is used in the photosynthetic process.

For this reason, photosynthesis is the chemical event that occupies the first place in terms of volume of affected mass and the second place among the processes of all kinds that take place on earth.

2. The synthesis of organic matter from inorganic is carried out mainly through photosynthesis; that will go from some living beings to others through the food chains.

3. Produces the transformation of light energy into chemical energy, necessary and used by living beings.

4. Oxygen is released, which will be used in aerobic respiration as an oxidant.

5. It is the cause of the change produced in the primitive atmosphere, which was Anaerobic and reductive.

6. The energy stored in fossil fuels such as Coal, Oil, and Natural Gas also depends on it.

7. It is responsible for maintaining the necessary balance between Autotrophic and Heterotrophic beings.

8. During the process, dioxygen is released into the atmosphere, which implies: